Travelling is a family affair

Having travelled across Canada more than a couple times and having lived in Alberta, Saskatchewan, Northern Ontario, Central Ontario and Southern Ontario, I love being able to show people some of the places I have been and some of the sights I have seen. It is great seeing the looks on their faces and hearing the “oohhs and aahhhs” when they see something new. It is even better when your teenage kids look at something you show them and utter the words “Wow! That is cool!”

I love to drive. I love to get behind the wheel of the truck, hit the open highway with the map in hand and just drive. Apparently I get that from my grandfather. Hitting the road at 3 or 4 in the morning so we are well on our way and out of the city by the time the sun comes up, apparently a Rowley family trait.

One day when the kids were young, I told my wife that if her parents could watch the dog for the weekend, we would pack up the kids and hit the road for a spontaneous road trip. Getting home later that evening, I opened the door and found suitcases ready for a 3-day excursion. After a few hours sleep, the truck was loaded with gear and kids and we were heading north.

Toronto to Timmins was a nice drive. We grabbed some Mickey Dee’s, we stopped for some pee breaks and made a few leg stretch and scenery viewing stops along the way. The fear that the kids would not enjoy the drive was put to rest at the end of that weekend.

That was the first of many long drives. That was the weekend that I knew my merry band of travellers and I would have many adventures. And we have.

Now, granted, not all our adventures have been as spontaneous as that first weekend, but between many many many northern camping and canoe trips, multiple day trips to Ottawa for lunch with my side of the family, and a 3 week driving / camping trip around Nova Scotia, many miles have been put under our belts. 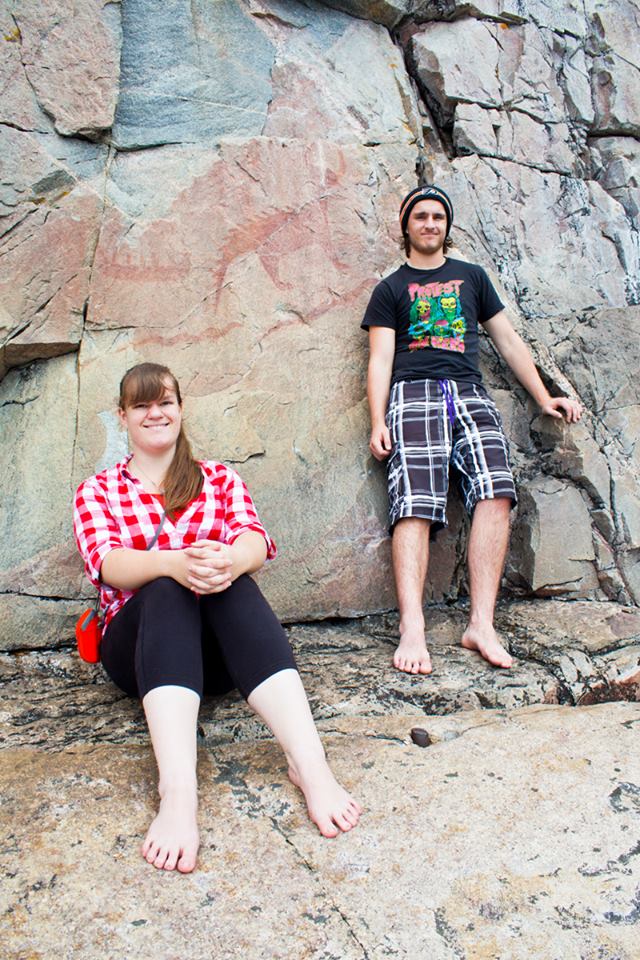 (At The Agawa Rock Pictographs)

Travelling has become an integral part of our family and it is hard to think that it will come to an end. From the little tykes in the back seat of our Ford Ranger to the young adults in the back seat of the Ford F150, we are on the verge of becoming empty nesters. Our son has graduated from college and we are not sure where he will be next summer, our daughter is cruising through University and will be starting the next chapter of her life when complete. It is a landmark year for the family. A special year.

And a year like this deserves a send off to remember. That means a good old fashion Rowley Family ROAD TRIP!!!!!!!!! A truck, a pop up trailer, 2 canoes, a dog, and 3 people yelling “Shotgun!”

July 1st, Canada’s 150th birthday will see the family heading out on what could be our last great adventure. Ajax, Ontario to the Rocky Mountains and back. One route there and a different route back. So many sights to stop and see and I know before we even start that there is no way we are going to be able to see them all. With just less than 3 weeks, it is not possible. But we are going to give it the best shot that we can. Scenery to take in, rivers and lakes to paddle, mountains to climb, food to eat, goofiness to abound, and good times to be had by all. 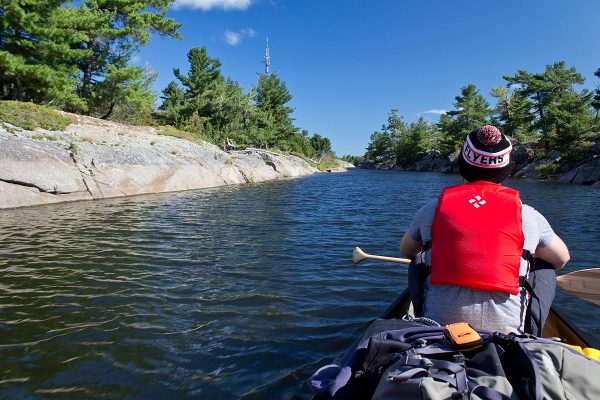 I have always said that before you die, every Canadian should drive across this great country of ours and what kind of hypocrite would I be if I did not give my own children that opportunity? The opportunity to see the north country of Ontario with its forests and Canadian Shield. To see the city of Winnipeg just ‘pop up’ on the horizon out of nowhere. To see the flat prairies and the Badlands of southern Saskatchewan and Alberta, leading straight to the foothills and majestic mountains of the Canadian Rockies. To paddle some of the waterways that helped make this country into what it is today. Just writing this gets me all giddy with excitement.

I have seen all these things before and still have not had enough. Now to be able to introduce my own kids to these sights is going to be a blast. I believe I will take a notepad along and keep track of the ‘oohhs and aahhs’ and the ‘Oh WOW’s’, as I am certain there will be many. Just as I am certain that when I back the truck and trailer into the driveway at the end of the trip, I will do so with a tinge of sadness.

The fact that we will not see everything along the way does not bother me, it gives me hope that years down the road I am going to get a call from my kids and they are going to ask me to watch their dog for a weekend while they load their family into the truck and head out on the first of many road trips. Whether that road leads to the far end of the country or a couple hours away to where they launch their canoes, only time will tell. As long as it is a family affair.

To all those heading out on family trips this summer, enjoy and make all the memories you can.